The human ecological footprint has more than doubled since 1966. In 2007, the most recent year for which data are available, humanity used the equivalent of 1.5 planets to support its activities. Even with modest UN projections for population growth, consumption and climate change, by 2030 humanity will need the capacity of two Earths to absorb carbon dioxide, waste and keep up with natural resource consumption (Global footprint network).

Classical economic thinking is based on a reality that existed more than 200 years ago. In the days of Adam Smith, global trade was measured in millions, not trillions of dollars. The human population was slightly above 700 million, not 7 billion. There was plenty of land, untouched forests and plenty of unpolluted waters. Labour was cheap and energy was not a key factor in production. Today’s reality is very different. We have now reached the limits to growth, and in many cases passed them. Our present economical system is based on a perception of a world that no longer exists. Our traditional economical thinking is thus based on illusions. Adam Smith had many good points that might still be valid. But at least some of his teaching must be revised. Karl Marx does not help us much either. His world existed 150 years ago.

The current financial crisis is a result of crises in food, natural resources, fuel and depleted ecosystems capacity to absorb waste and crises in our ecological and climate commons (Jackson, p.xviii), while our financial system is based on insatiable and unethical greed (Les, 2011). A state of denial, ruthless disinformation from cynical profiteers and desperate recourse to illusions such as the neo-liberal (neo-conservative) approach prevent us from taking actions urgently needed:

“Climate change is the defining human development challenge of the 21st Century. Failure to respond to that challenge will stall and then reverse international efforts to reduce poverty. 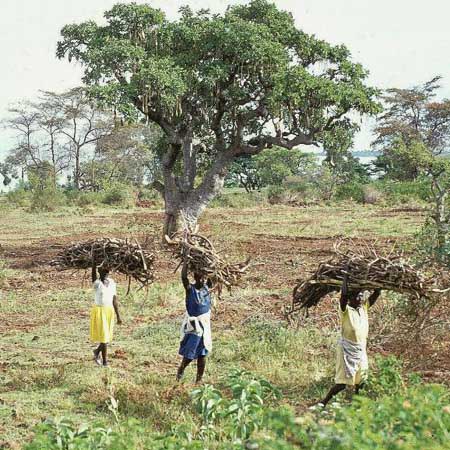 The poorest countries and most vulnerable citizens will suffer the earliest and most damaging setbacks, even though they have contributed least to the problem.

Looking to the future, no country – however wealthy or powerful – will be immune to the impact of global warming.

Climate change is not just a future scenario. Increased exposure to droughts, floods and storms is already destroying opportunity and reinforcing inequality.

Meanwhile, there is now overwhelming scientific evidence that the world is moving towards the point at which irreversible ecological catastrophe becomes unavoidable.

Business-as-usual climate change points in a clear direction: unprecedented reversal in human development in our lifetime, and acute risks for our children and their grandchildren. There is a window of opportunity for avoiding the most damaging climate change impacts, but that window is closing: the world has less than a decade to change course. Actions taken – or not taken – in the years ahead will have a profound bearing on the future course of human development. The world lacks neither the financial resources nor the technological capabilities to act. What is missing is a sense of urgency, human solidarity and collective interest” (UNDP – HDI 2007-8).

We are running out of environmental sinks. Climate change indicates overburden of such a “sink”. Atmospheric concentrations of greenhouse gases when water is included  have passed 450 ppm. Pre-industrial concentrations were at 275 ppm. According to most climate researchers the level should not exceed 400 ppm to avoid a rise in global average temperature of 2 centigrade. Others claim it should not exceed 350 ppm (350.org).

Other environmental sinks that are overburdened are forests, with tropical deforestation reaching 12.5 million hectares per year, loss of biodiversity a thousand times faster than normal, collapse of many of the world’s fish stocks, increasing freshwater scarcity, eutrophication of many lakes and chemical pollution. An estimated 60% of the world’s ecosystem services have been degraded over the last 50 years. “Prosperity for the few founded on ecological destruction and persistent social injustice is no foundation for a civilized society…Prosperity consists of our ability to flourish as human beings – within the ecological limits of a finite planet” (Jackson, 2011, p.15).